Google+ is Only Just Getting Started 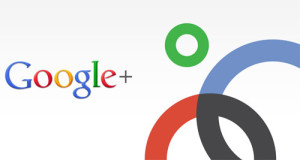 The common response to a sea-change in a maturing industry can be very predictable, and this is true of the Internet as much as it is the ‘offline’ world because, as we’ll discuss later this month – users of these services are real people too!

This is true when it comes to social media too. With Google+ just about a month old, we’ve seen the two common responses you’d expect from this kind of launch:

And, in Google+’s launch these have been polarised. The enthusiast talks up adoption rate, invites friends, promotes through other channels; the critic avoids at all costs and, often, hasn’t even tried the service in the first place.

However, in the instance of Google+ these two positions are both supportable – because it’s not going to ‘beat’ Facebook or Twitter, it’s just trying to carve it’s own furrow. Some will use it, some won’t – but the effect it has on both Facebook and Twitter will be measurable and long-term.

So, who should be most nervous about Google+?

In our view it’s Twitter. Why? Well, for two main reasons:

ONE: Because it is struggling under an ocean of mainly junk and drivel content. We love Twitter, but it’s just ‘overdose’ and as it grows in popularity, things get worse. But Google+ can do what Twitter can do in a much more managed way. Following is just one small part of Circles and Circles is way better than Lists, and

TWO: Because there’s little else to it – it’s simplicity is also it’s weakness. Whereas Facebook is a hub of social, sharing, gaming, commerce, etc. etc. etc., Twitter is just bulk communications with a little one-to-one interaction. So, if Google+ does things better than Twitter, it has nothing else to fall back on.

Will it mean Twitter disappears? We think that’s unlikely, but I’m sure there will be some furrowed brows at Twitter HQ as Google+ develops. Our view is that 100m accounts will be the key tipping point to volume communications getting going in Google+ (estimated to happen Q4 2011).

Note to Web: Google+ Hasn’t Even Got Going Yet

Google+ is still in a managed roll out phase. You can’t sign up directly – you need to be invited. Recently our personal account was limited to 150 invites and no more.

Not only that, but the linking of search to social is much easier for Google to do given their dominance of the former.

Also, Google is holding back on various roll outs we can be certain are coming:

Google has had two failed attempts at social – Wave and Buzz. Wave was let down by difficulty in access / promotion and also being before it’s time – it wasn’t easy enough to comprehend and use, yet we will see Wave functionality but in other forms (like Docs). Buzz was just a weak attempt at ‘doing Twitter’. However we believe Google has learned from these two mistakes by developing an accessible and user-friendly platform which improves on what’s out there.

It’s not really Twitter or Facebook. It’s email 4.0… the start of proper unified communications that non-users can plug into (thus the need for a Gmail account). The trend is clear – email’s popularity is on the wane and social, chat and messaging is taking over – and Google+ is right in this space. And, as first efforts go – it is very good!