The Uncertainty Problem and How it Affects Success

The problem with computers is that they’re black and white. No, not their actual colour, but it’s either a 1 or a 0. You can’t say to a computer that a 0.5 means either / or… or even that it should alternate. It just gives up: “give me a 1 or a 0, I’m not playing your game!”

If only people were that predictable… sadly even in the larger and better resourced of businesses there still exists people who don’t play by the rules and therefore suffer the consequences.

Case 1: Diaspora – the Social Network for the Private (eh?!)

We remember hearing that they wouldn’t offer ‘Male’ or ‘Female’ as the options for Gender – but had a free text field instead. There’s no point going with the argument of ‘well, you’ve got to be one or the other’ because it doesn’t work like that in Diasporaland. So, ‘focused’ (if that’s the right word!) are they on offering freedom to the individual and not pre-judging gender (because they ‘love’ everyone, even if they are unlike anyone else on the planet) they have retained this option.

So, what does that mean? Well, it means that they don’t have 1’s and 0’s, they have complications. Sure, you could argue, they can still filter by male, or is it masculine, or man, or homme, or… hmm… do you now see the problem? In any case we predict a few ‘Jedi’-gendered to join the network which allows them the freedom to make it up as they go along.

Zuckerberg must be chuckling about this one. He even put 0.0001% of his daily income into this particular ship. He almost certainly realised it wouldn’t sail, just don’t mention the PR it gave him (hey, he cares about the little guys)! But even for ‘the Zuck’ there is no immunity from this kind of problem. Let’s look at … 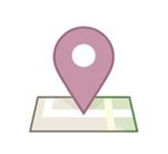 This is the same problem again, just with different stripes.

So, why is this a ‘problem’? Well here are a couple of immediate issues that spring to mind:

The human mind, left to it’s own devices, sadly, isn’t as thorough as it could be. We need the firm guidance of a computer to ensure we don’t go astray. Without such guidance we are prone to just doing whatever we randomly think is best. If nothing is done by the end of 2011, we expect there will be double-figures of ‘The Fire Station on Waterloo Road’ in Facebook Places.

This process needs one of two things:

However, because they were in a rush to get a location-based solution out there, we have much more confidence that Facebook will get it right, and will start merging locations in due course to bring everything into line. Diaspora’s problem is more severe as it is not an oversight, it’s in their DNA. Sadly we fear that this will be a self-inflicted wound to come on top of the general lack of interest and enthusiasm in their offering. As we look around for Facebook ‘killers’, if it isn’t too late already, Diaspora won’t be one.

When it comes to social media it can be too easy to think that anything goes. It’s true, the content can be as varied as the people it represents, but the web and the means of navigation that allows us to get there must be logical and precise, or it’s built to frustrate and will turn users off.

There is no antidote to muddled thinking.